skip to main | skip to sidebar

Posted by mdelossantos at 11:41 AM No comments:

5 feet's success is evident as seen in the numbers, but not all viewers perceived them in the same light. Though seemingly hidden by the creativity of hip hop/modern dance elements, the issue of race played a huge part in the way 5 feet was received. The lead choreographer Clarissa "Clare" Rosacina is a good example of how race became a determining factor in the group's authenticity as performers. In most of the dance sequences in the video, Clare is usually seen near the front middle of the stage (which is not unusual for choreographers who usually have first say as to where they position themselves in the dances they choreograph). This positioning puts her in the central role of criticism and contributes to how users look at them as a group instead of separate dancers.

Though she is Filipino, her hair was dyed blonde and presented the audience with a conflict of judgment. As a result, many users perceived her to be “pretty good, for a white girl” and evaluated her talent according to race. When asked why she dyed her hair, Clare said "I look weird with black hair. On stage, you tend to stand out more with funky hair" (Rosacina). My conclusion then is that Clare did not PURPOSELY try to look white per se. She simply wanted to look less "weird" on stage to be more presentable, but in the process she created ripples in the norm of Asian = black hair and White = blonde hair. 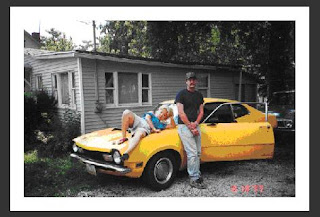 The conflict of judgment reminds me of the Nikki Lee projects found here http://www.tonkonow.com/lee.html where Lee takes on several roles (ie. an old woman, a Hispanic woman, etc.), but somehow the essence of her 'Asianness' still comes out. The difference is that Clare purposely dyed her hair with the intent of receiving positive feedback for not looking "weird" with her black hair and Lee changes her appearance to make a point that one's inherent race is inescapable. Either way, the audience is forced to make unreasonable racial judgments with what they initially see.

The moment that race is introduced as a factor to determine the quality of a performance, the notion of authenticity instantly follows. From the start of the 5 feet video to the end, Clare evolves from a talented dancer to a “white girl who can dance.” Ironically enough, all the girls’ faces are not comprehensible for a majority of the video, so determining the races of the girls was nearly impossible. For that reason, the argument of whether or not race should matter in the first place in a dance performance comes into play. I believe that race should NOT matter, but ultimately it is not something one can easily ignore. When 5 feet's video was uploaded on YouTube, people had no prior knowledge of who these girls were. The only judgments they could make were the ones they formed for themselves with the information they were provided. Given that knowledge and the common knowledge of who typically dances in the hip hop/modern genre (such as Missy Elliot, Ciara, etc.) in pop culture, they connected their own dots.

The common stereotype that Filipinos have the innate abilities to dance, sing, and have the entire performance package also comes into play. Historically, it is predicted that Filipinos naturally get their performing talents from traditional Spanish fiestas that included competitive talent shows. This explanation is from http://creepygerry.blogspot.com/2008/05/why-filipinos-are-such-great-singers.html and seems to be one of the only sources that I can readily find on the subject. My point is that this stereotype actually supports 5 feet and gives them leverage in terms of authenticity in dancing. Though it is not always accurate, it has done more good than bad for 5 feet.

In terms of sexuality, I argue that 5 feet DID have control of how they danced and the small elements they included to enhance their performance. When asked about the many hair flips throughout the dance, Clare simply stated that "hair flips are sexy." When I also asked her why she thought 5 feet became so popular on YouTube, she replied "I'm sure the hair-flips and booty shaking had something to do with it" (Rosacina). All in all, she was aware of the type of reaction that she wanted from the audience (excitement, fun, a touch of sexuality) and that's exactly what 5 feet got.

Many users who left comments on the 5 feet video praised the girls for a job well done. Others noted their pride in watching a group of talented Asian girls who can actually dance well. What was most notable, however, were the users that stated that 5 feet "finally proves that black people aren't the only ones who can dance!" (YouTube). Introducing this comparison of being black and knowing how to dance well and being Asian and knowing how to dance well reanalyzes the notion of authenticity on the part of 5 feet. Their performance becomes a form of compare/contrast analysis between blacks and Asians. Historically, blacks are more often associated with hip hop/modern dance with the dawning of hip hop dancing in the 1970's and its association with rap music (Wikipedia). Asians, however, have barely possessed that type of association with hip hop/modern dance but instead have carried with them the model minority label even into the modern day. With that in mind, 5 feet certainly broke down barriers for Asian women and the level of sexuality and talent that they are capable of deploying through dance.

As Asian Americans, it is evident that for 5 feet, “Asian Americanness as it comes into visibility in the present study…is a movement between visibility and invisibility, foreignness and domestication/assimilation” (Shimakawa 3). This movement is driven by the audience's take on each individual and 5 feet as a group. YouTube provided that visibility for 5 feet as talented dancers, but made their Asian Americanness invisible as users made their own judgments about them to test their authenticity. As Asians, 5 feet is still essentially foreign because most people do not make the connections between their style of dance and their race. However, their ability to break down that barrier and bridge that connection between talent and race enables them to still succeed as Asian American girls who simply love to dance.

Posted by mdelossantos at 3:12 AM No comments:

Since their first performance at 'Extravaganza, they performed at only one other event before their YouTube debut. In December 2005, a video of 5 feet performing at a Cypress Ridge High School talent show in Houston, TX has received nearly 10 million hits (not including hits from videos that have been uploaded by other users). The video has been rated 4 out of 5 stars by over 41,000 users and commented 12,000 times. Their choreography and music mix have been either spoofed or imitated by other users and they are ranked #58 among the "Top Favorited" entertainment videos of all time.